MY.GAMES’ Games Operation Department & Development (or G.O.D.D.) has recently turned 15 years old. As this is the unit where MY.GAMES takes its roots, we decided to use the occasion to talk about the department, its games and future plans.

The Games Operation Department (G.O.D.) was founded on November 10, 2006. At the beginning of its journey, the operator team would search for promising projects around the world, localize the games into Russian to then launch and support them across Russia and the CIS markets. This is how some of the team’s most famous projects, still popular today, were born: Warface, ArcheAge, Perfect World, CrossFire, and many others. G.O.D. eventually went on to operate international projects, starting with Europe and the US. The department provides users with high-quality services in multiple languages: English, French, German, Polish and Spanish.

In 2020, the G.O.D. team merged with the Allods Team studio to become G.O.D.D. by adding Development to its title. Apart from licensing and operating third-party titles, the department started building projects from scratch with the help of internal studios, leading them from idea to global launch.

This process always varies depending on so many factors including genre and monetization formats, but most often game development goes through the following key stages: idea, pre-production, prototype, vertical slice (fully-playable portion of a game that shows its developer's intended player experience), production, alpha, beta, release and post-launch support.

PC games have higher margins versus mobile games. In the below chart, we are showing the correlation between the development process and monetization mechanics. Various formats of monetization come during the different stages of a product’s creation and depend on multiple factors. 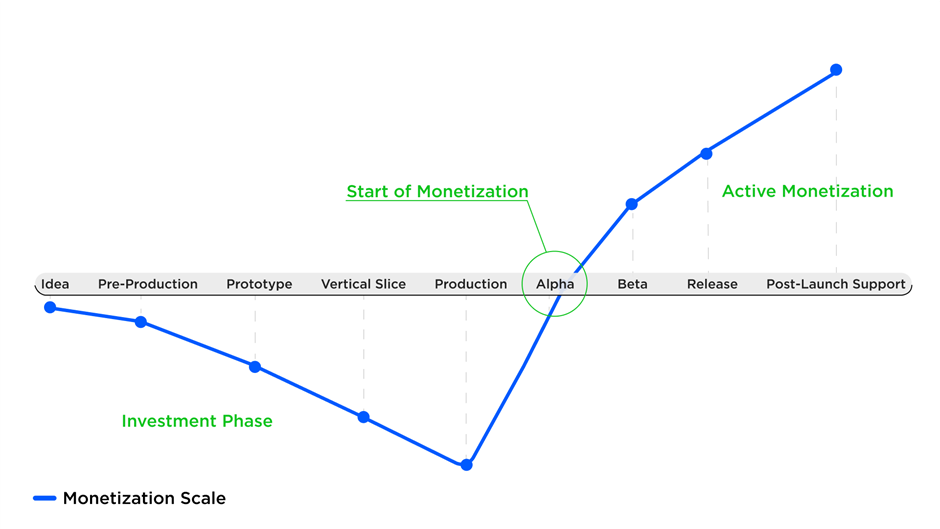 In the context of console games, you should also look at platform-specific tasks, like creating and preparing a product for the platform (e.g. Xbox, PlayStation, Nintendo) and its obligatory certification, as the platform has to verify whether the product adheres to its requirements.

*Developed means MY.GAMES was in charge of the development. We don’t owe anyone anything (except platforms), no royalties, IP belongs to us. Licensed means MY.GAMES purchased the license for the title, it’s not our IP and we pay royalties.

Some of the key titles of G.O.D.D.

This was one of the department’s first titles in operation – Warface is an MMO first-person shooter, a game set in 2013. Warface has multiple classes, hundreds of weapons, classic PvP battles across multiple modes and dozens of maps, and cooperative story PvE missions. Warface was originally developed by Crytek and later by Blackwood Games, and as of 2021 the game is being developed by the Allods Team of MY.GAMES. Rights to the Warface franchise were purchased by VK in 2017.

The game’s development was announced in 2010. It was released on multiple platforms over the past 8 years with a total of 4 versions of the game today: in 2012 it hit PC, in 2014 – Xbox 360, in 2018 it was released on the PlayStation 4 and Xbox One, and in 2020 it was launched on the Nintendo Switch. Over the years the game has added multiple advanced mechanics including seasons, a battle pass, ranked matches, contracts, weapon modifications, and many others. The total number of registrations in the game across all platforms exceeds 120 million.

For a number of years Warface has been a top-3 title of MY.GAMES in terms of revenue and profit margins. Despite its mature age, Warface has strong potential to continue generating impressive results, as long as it continues to ship regular updates and new features and content. Meanwhile, having development in the caring hands of an internal studio will help us hone and tweak the game faster and more efficiently.

There are currently around 225 people working on the project, set to expand towards 250 in 2022 to help reach our ambitious development goals as one of the best games across the CIS. 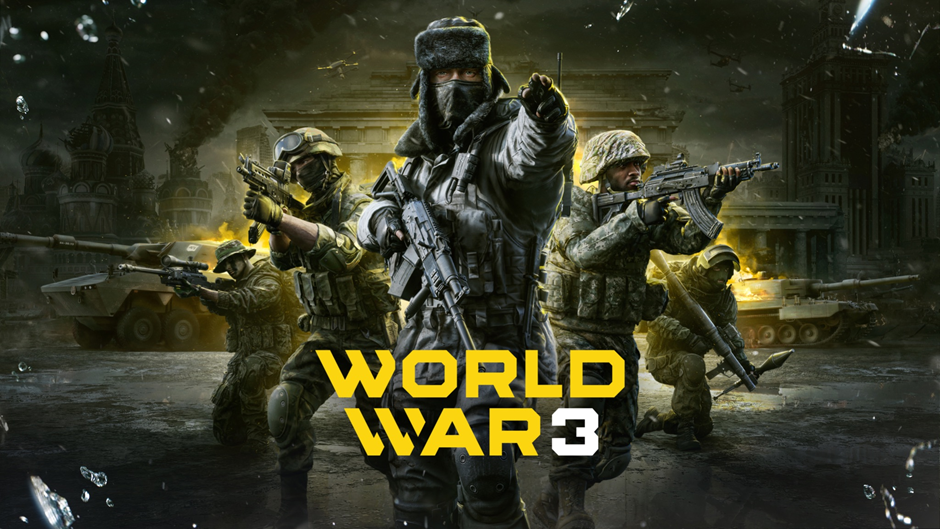 First-person MMO shooter combining modern warfare, realistic locations, and team gameplay in a context of a new world war. The title is being developed by MY.GAMES and Polish studio The Farm 51 – a studio founded in 2005, whose staff are veterans of the video game industry with more than 10 games in their portfolio, including the likes of Get Even, Chernobylite and Painkiller Hell & Damnation. MY.GAMES has exclusive licensing rights for the title across the globe, while the IP belonging to The Farm 51. The Farm 51 has more than 100 professionals on its team, it is trading on the NewConnect platform and is a licensed developer for Microsoft, Sony and Apple IOS. MY.GAMES is in charge of the online component of the game, co-op, monetization and progression, while The Farm 51 works on the title’s key mechanics.

World War 3 is a project with an interesting background. In 2018 the game was launched in early access. When MY.GAMES came across this project and evaluated its prospects, it signed a deal with The Farm 51 on cooperation and reworking the title, so that the project could be launched within the Game-as-a-service (GAAS) model.

At the moment, the two companies have completed alpha-testing and launched pre-order sales. WW3 has some of the best metrics when it comes to audience feedback, as well as strong pre-orders. The project is currently in closed beta, while the open beta planned for late Q1 2022.

Our plan for G.O.D.D. is to continue dominating the domestic PC market. The synergy effect from cooperation with social networks and games is a strong basis to be a leader across the Russia and CIS markets with our f2p products.

Expanding internationally is another strategic goal. Solid experience in publishing RPGs and Shooters plus Allods studio’s expertise in development, multiplied by a fresh team of international experts enable us to start building products for international audiences.

Maintaining a leading position on the Russian market by enhancing cooperation with VK services provides us with a solid backbone and cash generation to further expand our presence across the international markets. Ongoing investments are focused on diversifying the portfolio for wider audiences not only on PC, but on mobile devices as well.

Attracting more international experts to the team makes it possible to select and develop products for a wide audience in different genres and art styles. If the player likes cartoonish PVE shooters – we have them in our portfolio, if they  need a fast realistic PVP shooter – we also have it, and if the player prefers RPGs – we have a range to choose from on our platform, so players will definitely find something they like.

We make a large number of games, trying out something new in each one of them. Our knowledge and experience grows with every new title through experiments across genres, platforms and approaches. This provides us with all the necessary ingredients for the target long-term success and global market share gains.